In January 2020, Izmail shipbuilding and ship-repairing enterprises “Dunaysudoservice” in production cooperation with “Dunaysudoremont” signed a contract and started implementing a unique project – the construction of the largest non-self-propelled barge in its history: its carrying capacity is 6000 tons, similar barges were not built in Ukraine before. The barge of the D-6000 project is of the “river-sea” type and is intended for the transport of grain cargo, for which it will be equipped with hatches and appropriate mechanisms. The presence of two holds with a total volume of 8000 cubic meters will allow transporting simultaneously two different consignments if necessary.

The customer was “Svetlovodsk River Terminal”, a member of the “UkrAgroCom” and “Hermes-Trading group” of company “AgroVista Holding”, Kirovograd Region. The keel will be laid in April, the completion of work and delivery to the customer are scheduled for the second half of 2020.

The main parameters of the barge:

– For us, as for shipbuilders, the implementation of such a project is significant. The construction of a mixed river fleet of the river-sea type for the transportation of grain cargo has become an important area of ​​the enterprise. So far, our plant has built barges of lower carrying capacity – with a capacity of 1000 tons and a length of 73 m with a draft of 1.80 m. The new, more complex and large order will be not only the next, but an important and high-quality stage in the development of the enterprise for the management and the team, in many respects determining the further strategy of its development. This further spurs us to timely and high-quality execution of the order, and my faith in the technical potential and professionalism of the team allows me to say that this will be so.

– We are pleased that the difficult negotiations with the Customer ended successfully with the signing of the contract and the opening of the important order for the enterprises of Izmail, which will ensure the stable work of the employees of our company for the next nine months, while simultaneously repairing the ships of our regular and new customers. It is especially pleasant that this is a completely Ukrainian project: the barge is being built by two Ukrainian enterprises from Ukrainian metal for the Ukrainian customer, the project developer is the Ukrainian project bureau – this gives great hope for further production growth in Ukraine. 1,230 tons of steel will be spent on the construction of this vessel, weighing 1280 tons, and the construction process will be carried out under the technical supervision of the Register of Shipping of Ukraine.

– In these difficult years for domestic shipbuilding and ship repair the shareholders and management of the company are making a lot of efforts and offer the most comfortable conditions for cooperation to their clients, especially in the implementation of new ambitious and patriotic projects. For two years, our companies have been negotiating on this project, looking for financial opportunities to launch it, and I am glad that the Parties were able to find the optimal solution and went into the construction of the first barge. I hope that financial institutions that are still observing the process from the outside will finally see the future and help our partnership develop further for the future prosperity of the Ukrainian economy.

– The construction of a new barge is a continuation of the implementation of the “AgroVista” holding’s strategy for the development and management of its own logistics, the delivery of goods along the Ukrainian rivers to deep-sea ports, for raid transshipment, reducing the volume of transportation by rail and road, transportation costs, thereby increasing the income of farmers through purchases through Our trading company “Hermes Trading” for agricultural products at a higher price. At the same time, it is reducing the load of land transport arteries and budget costs for the repair of roads and railways. In 2012-2013, the holding implemented several landmark agricultural infrastructure projects. One of them was an investment project in the amount of $ 32 million on the Dnieper in Svetlovodsk, Kirovograd Region – a modern river grain terminal with 94 thousand tons of one-time storage, which today loads about 250-300 thousand tons of grain and oilseeds, every year increasing the share of cargo shipment to the river. For the uninterrupted shipment to the water and providing the fleet for transportation, it was decided by the shareholders of the company to create its own shipping company. After 2 years of the pilot project with 2 tugboats and 4 barges, we took a new step in the development of our river fleet – we placed an order for the construction of a new barge – the largest barge in terms of its characteristics on the rivers of Ukraine and, possibly, not only in Ukraine.

– The terms of reference and technical parameters of the new barge were worked out both by the technical service and the commercial service, based on the practice of operating our own fleet, and with the quality support of a number of consultants whom we were lucky to meet and then to some extent attract to our project. We are grateful to our colleagues and, I hope, together we will implement a good project. The new barge will be the first ship of this project. We understand that transportation along the Dnieper should become more efficient and as market participants we see that increasing the carrying capacity of the mixed river-sea fleet, which delivers grain for raid transhipment, is a logical step. The D-6000 project, implemented at the “Dunaysudoremont” and “Dunaysudoservice” factories, will expand the possibilities of placing orders for the construction of ships in Ukraine, both for Ukrainian and large European Customers.

LLC JV “Dunaysudoservice” repairs ships weighing up to 4 thousand tons and a length of up to 120 m. The shipyard is a leading ship repair company in the Odessa region and occupies about 60% of the market for river-sea ship repair services. A flexible scheme of interaction with suppliers allows performing repair work rhythmically and in a timely manner. The company has experience in building river-sea barges with a carrying capacity of 1000 tons.

PJSC “Dunaysudnoremont” specializes in the repair of river and sea vessels, and also performs various types of metal machining. The company has specialized workshops, sections and qualified personnel, which allows it to provide a full range of services. All work is carried out in accordance with international standards, carefully documented and monitored at each stage. The diversified rich experience of the enterprise helps ship repairmen quickly master the intricacies of the repair of new series ships.

“Agrovista Holding” is included in the TOP-20 of the largest agricultural holdings in Ukraine. It includes a group of companies “UkrAgroCom” (a major national agricultural producer) and Hermes-Trading (one of the leading grain exporters in Ukraine). Land Bank is 82 thousand hectares, the total capacity of one-time storage of grain at holding elevators is 350 thousand tons. “Svitlovodsk River Terminal” is the largest terminal on the Dnieper with a single-grain grain storage capacity of 94 thousand tons, capable of shipping and shipping to water transport – up to 8 thousand tons per day. The fleet consists of 2 tugboats and 4 non-self-propelled barges with a total capacity of 7800 tons. 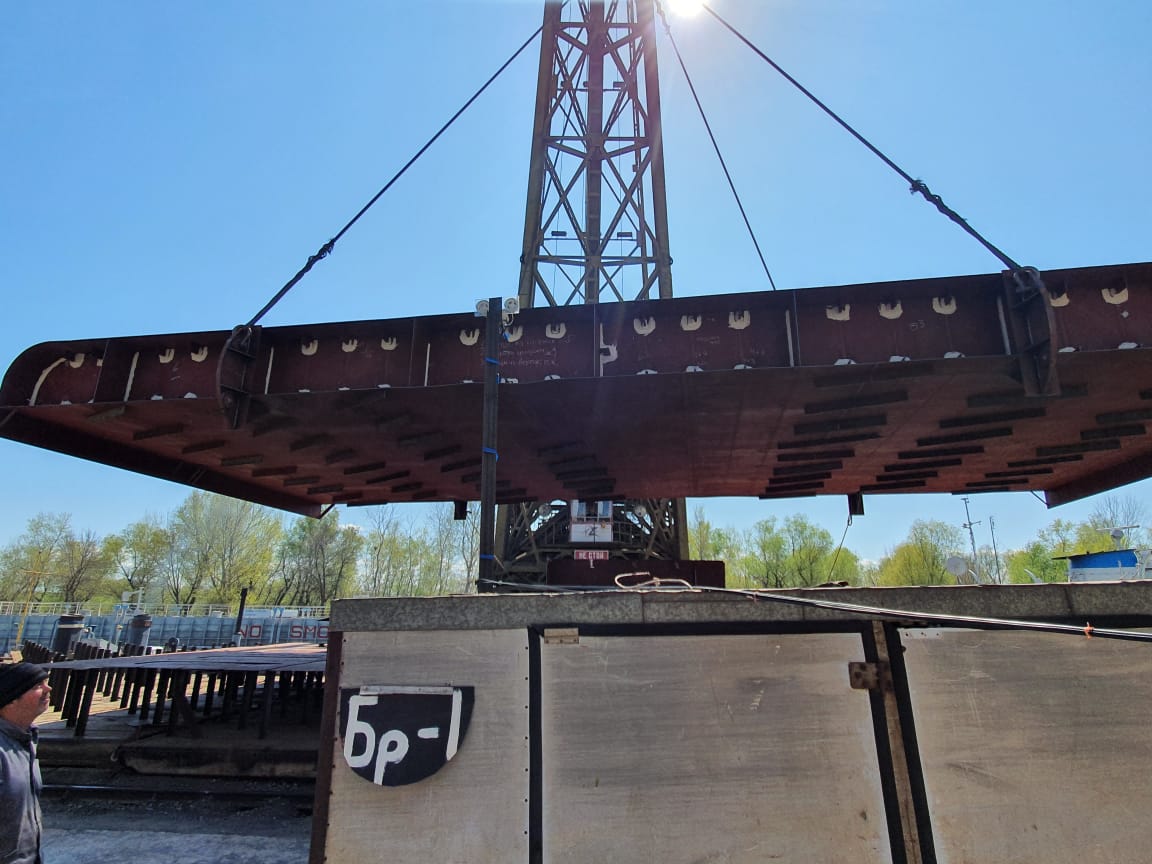 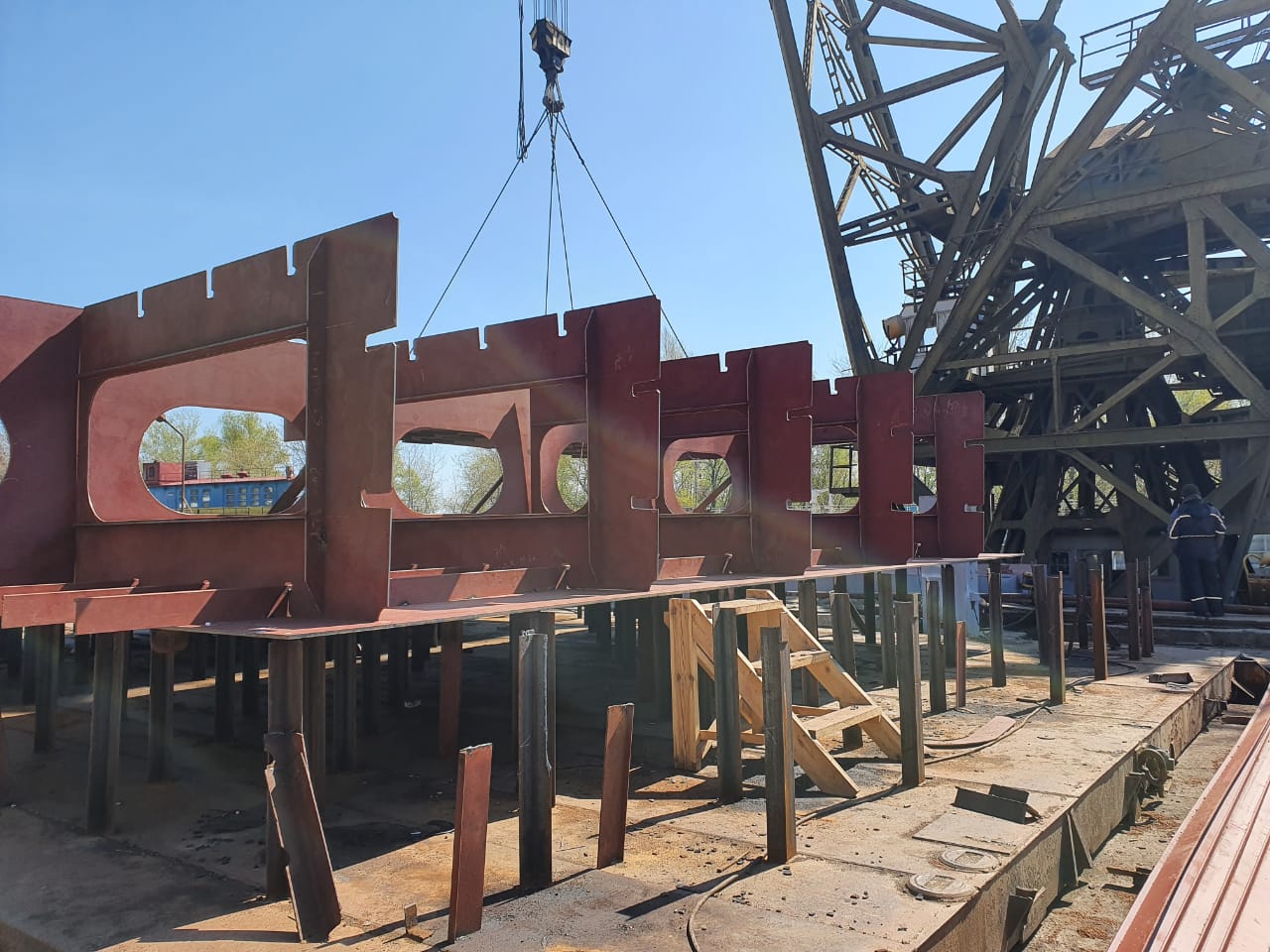 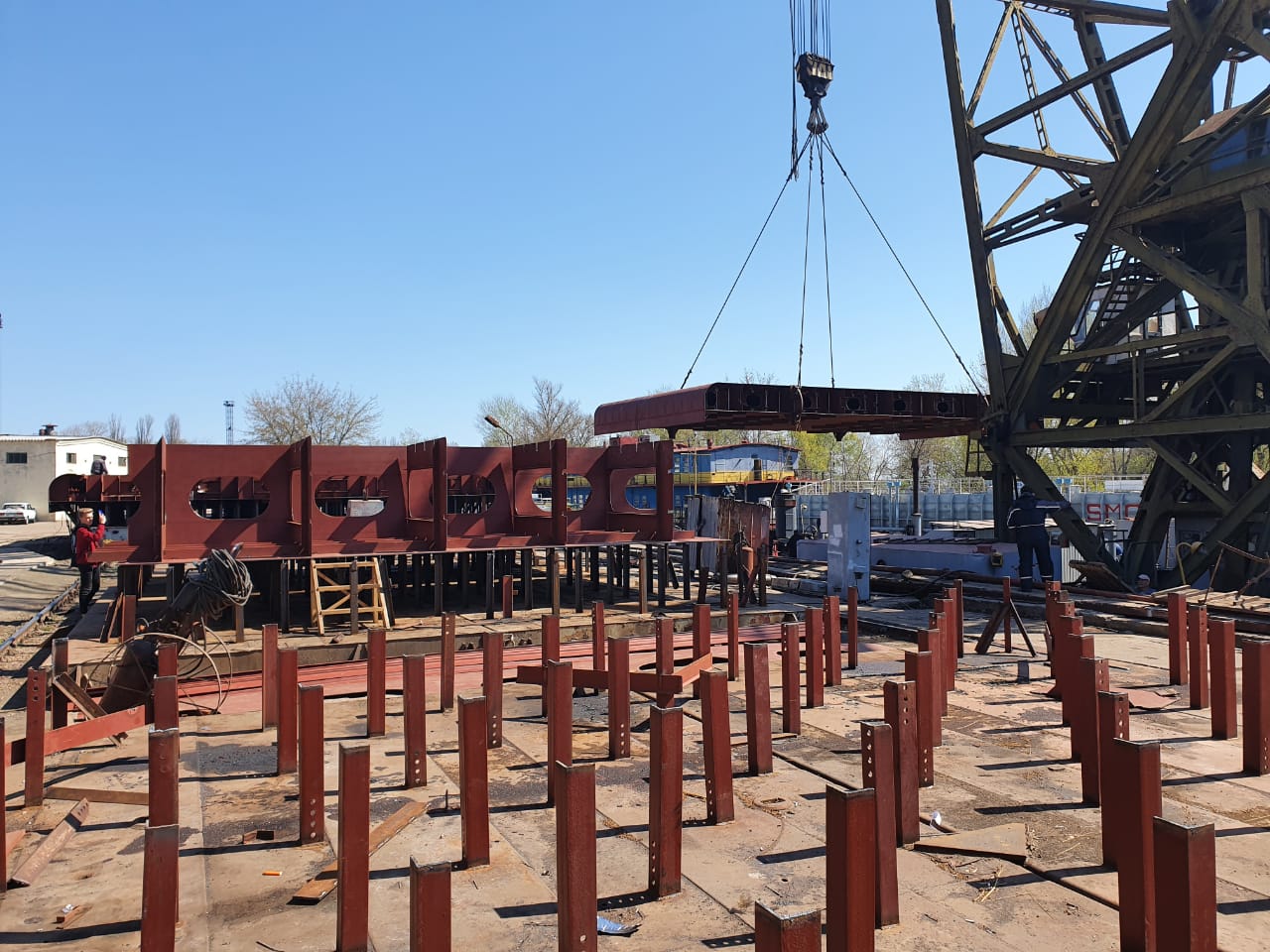